Our last stop in Switzerland was Zürich. I drove the kids (minus Alexander) on a quick day trip up to Zürich from Lucerne. Why? Why not, I say. 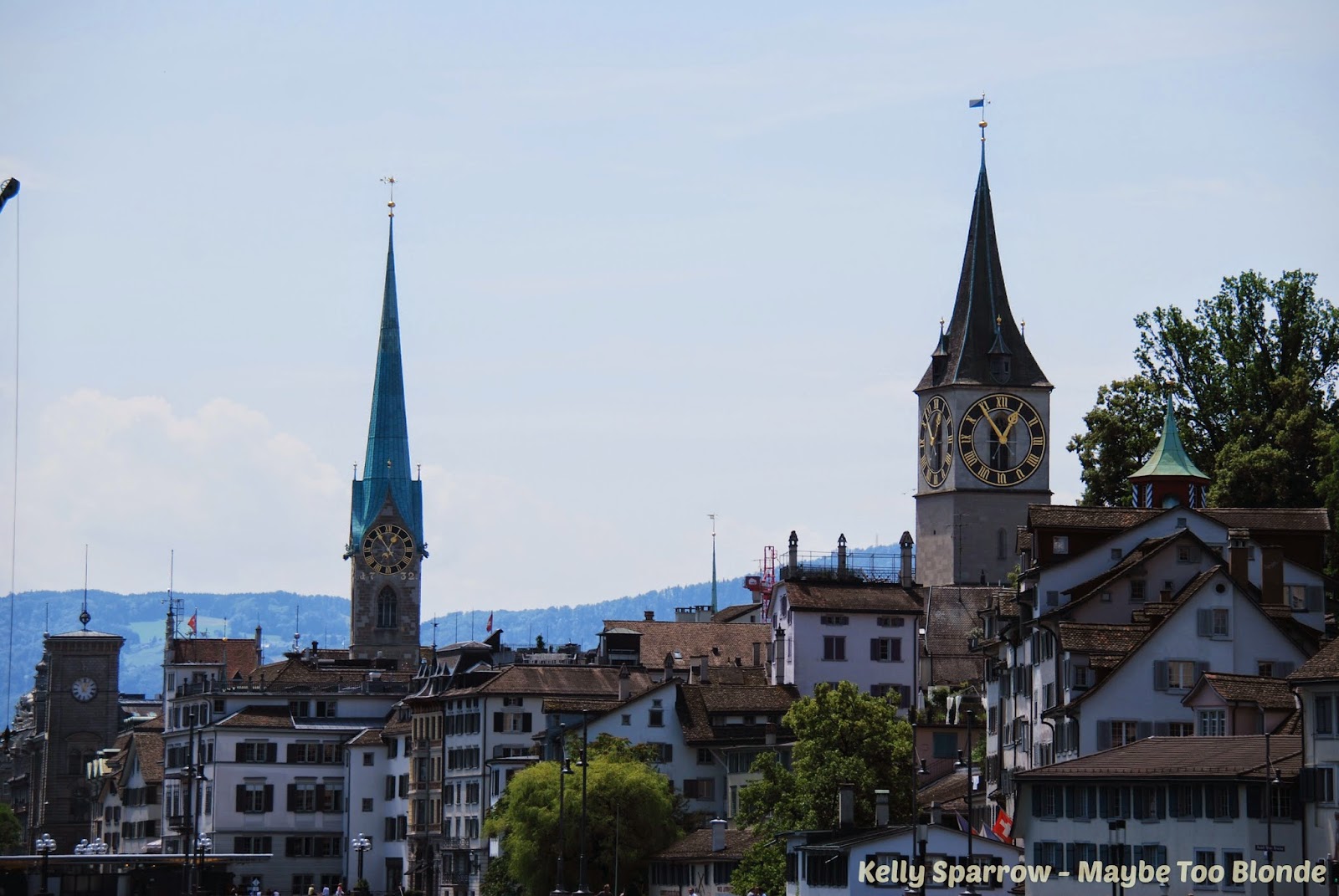 Here is a reason why. Clock towers with spires. Another reason? Those clock towers are on a sparkling river. With swans. What more do you want?

That clock tower with the green spire is part of the Fraumünster church which was founded by Louis the German, a grandson of Charlemagne. The actual building isn't that old, but that is some history. 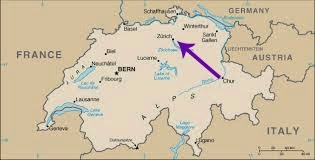 And if those reasons aren't enough, how about this- Zürich ranked #1 in a several publications for having the highest quality of life. It's also the wealthiest city in Europe. Cha-ching. 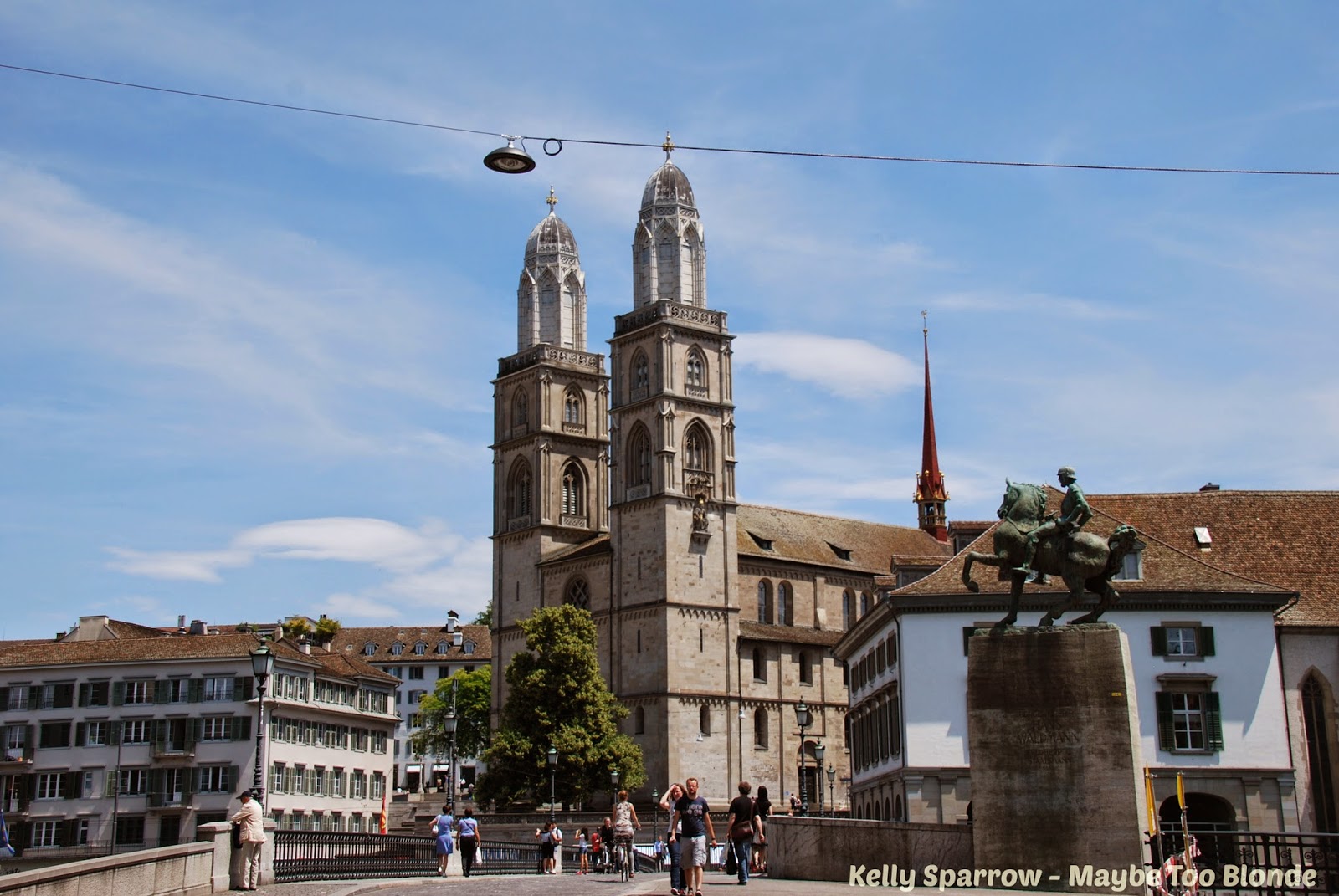 And this one is the Grossmünster, built in 1100 AD. Legend says that Charlemagne founded this monastery. It's said that the Fraumünster and the Grossmünster have a bit of rivalry going on as to who is older and more influential in the city. Does being founded by Charlemagne or by Charlemagne's grandson make you more important? Hmm... You decide. (And then let them know because they are still kind of bickering about it today.) 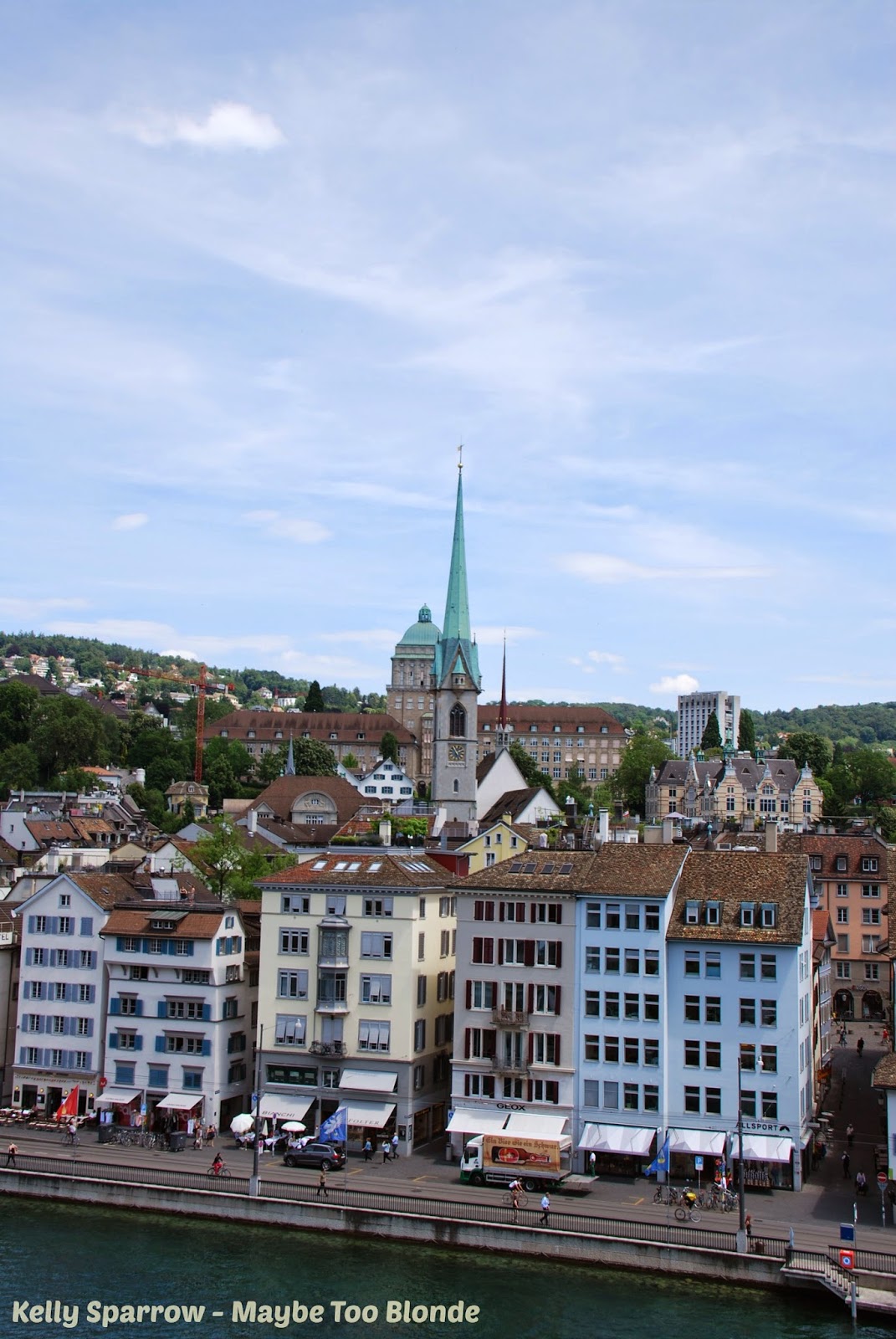 Another view of fabulous Zürich. 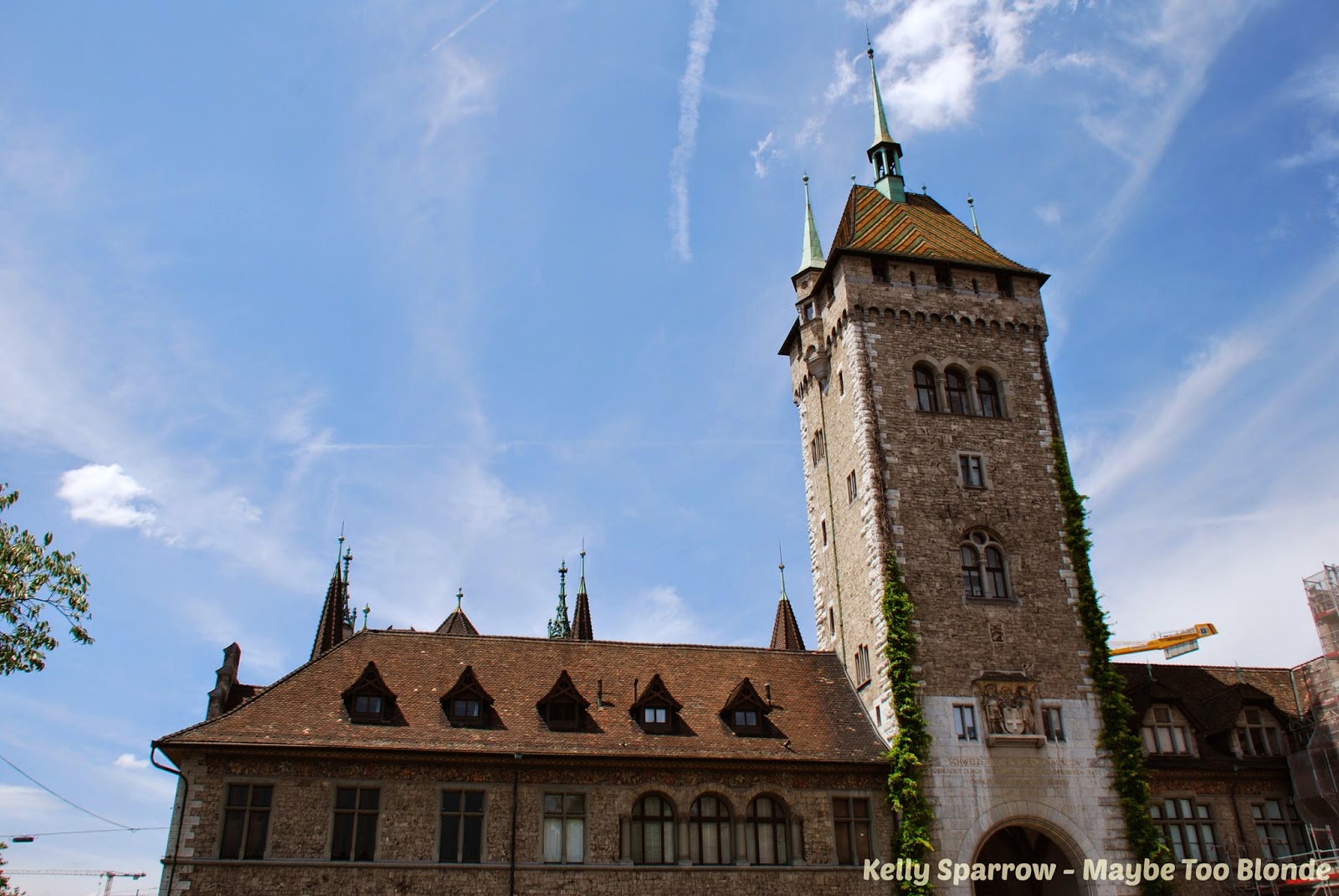 This is part of the Swiss National Museum. It's not that old, having been build in 1898. 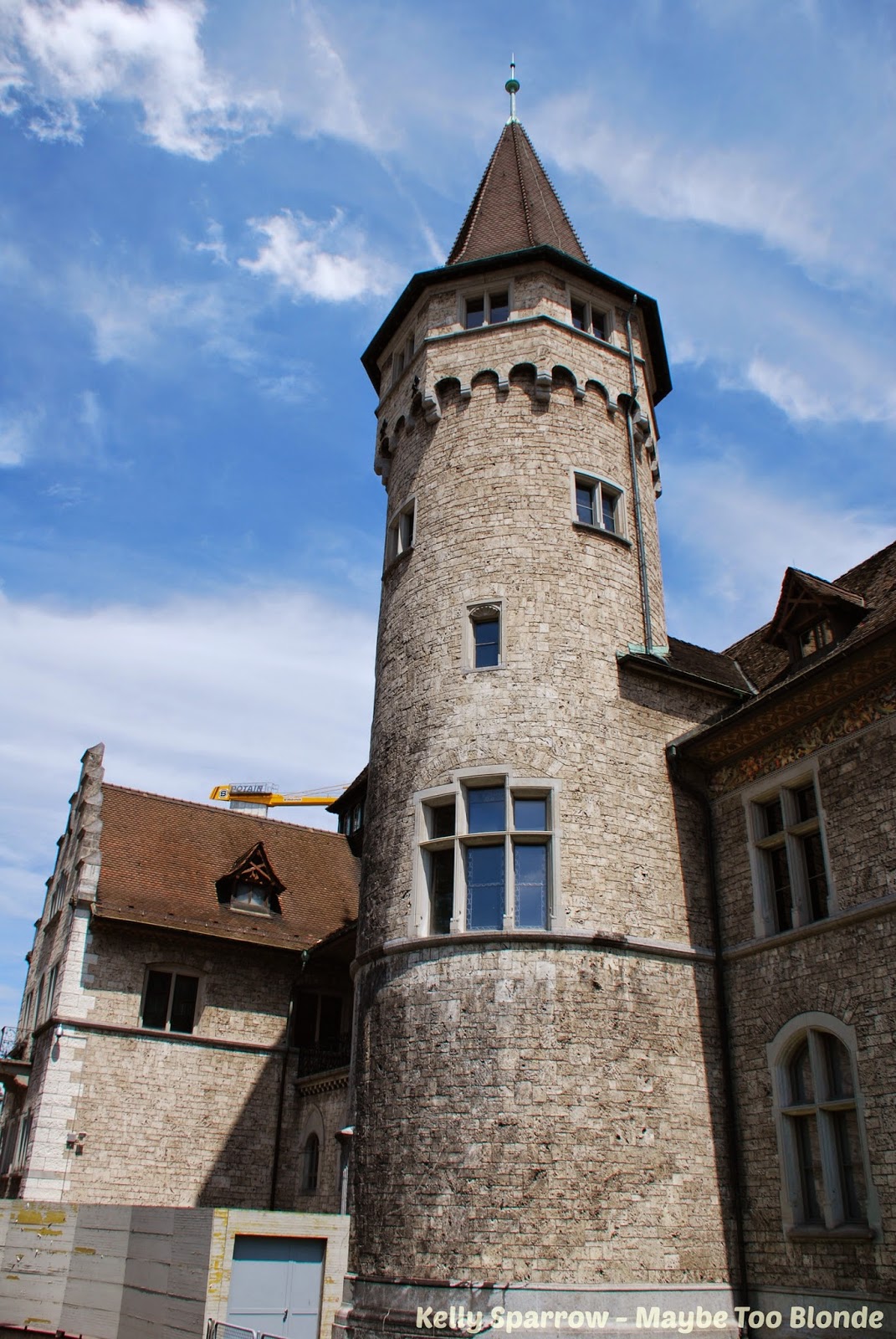 But just because it isn't that old, doesn't mean it isn't photo worthy. Anything with a turret is photo worthy I think. 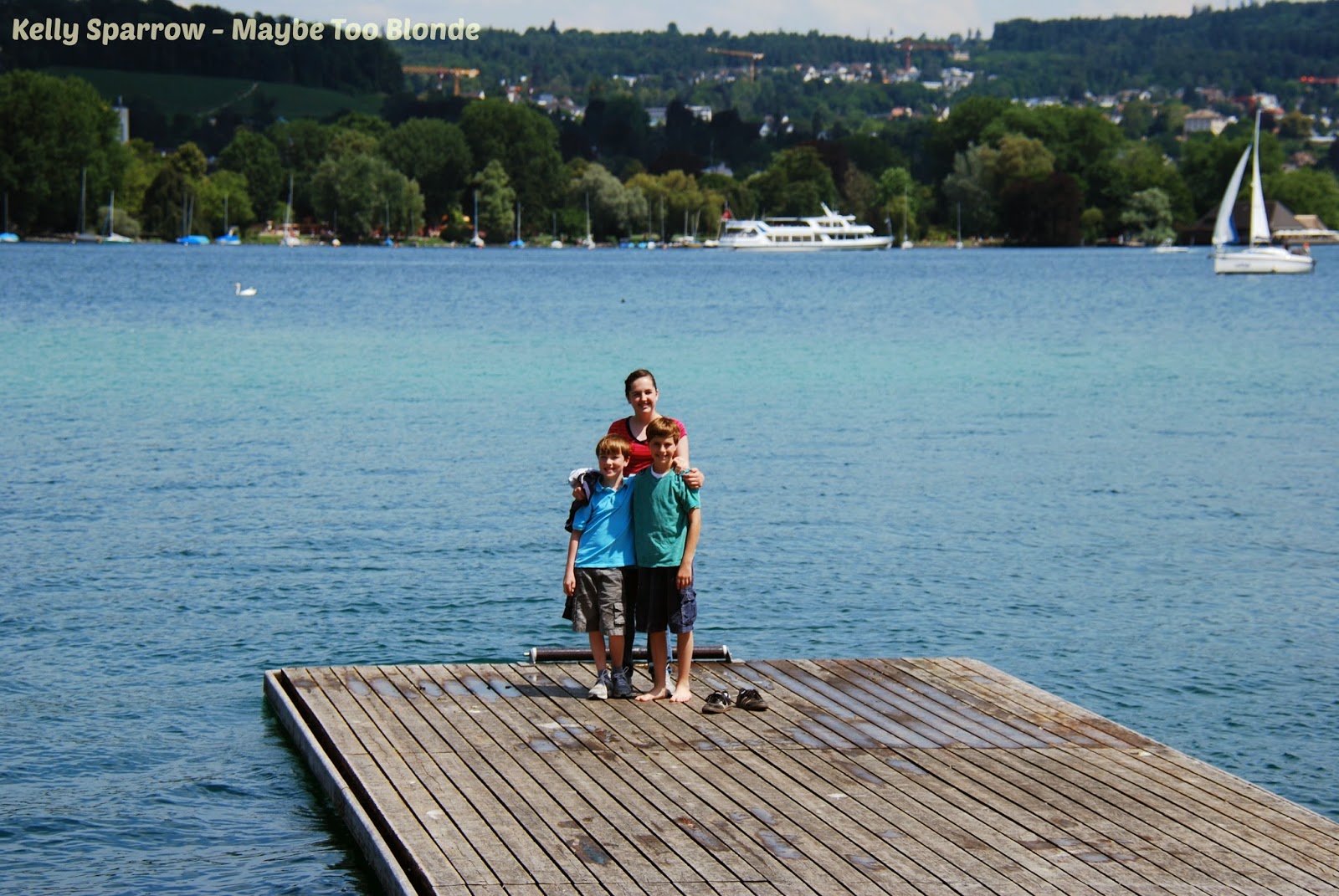 Zürich, like most cities in Switzerland, is nestled on a clear, alpine lake. This is Lake Zürich. 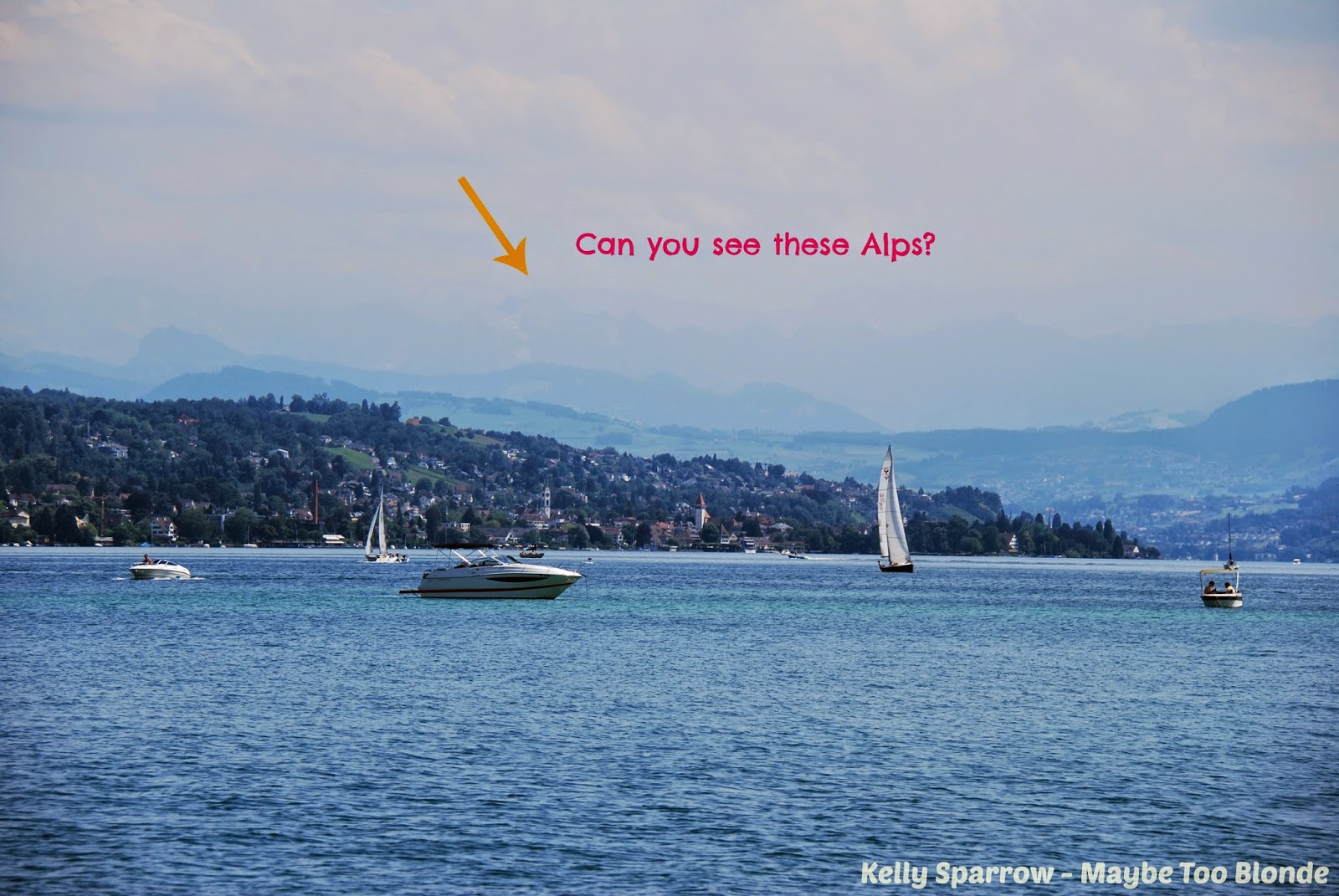 The Alps are out on the horizon, and barely visible, but not more than a 45 minute drive outside of the city to wonderful mountains.

It was a warm day in July and the kids were dying to go swimming. They had to settle for putting their feet in the water. We didn't have swimsuits with us, after all. 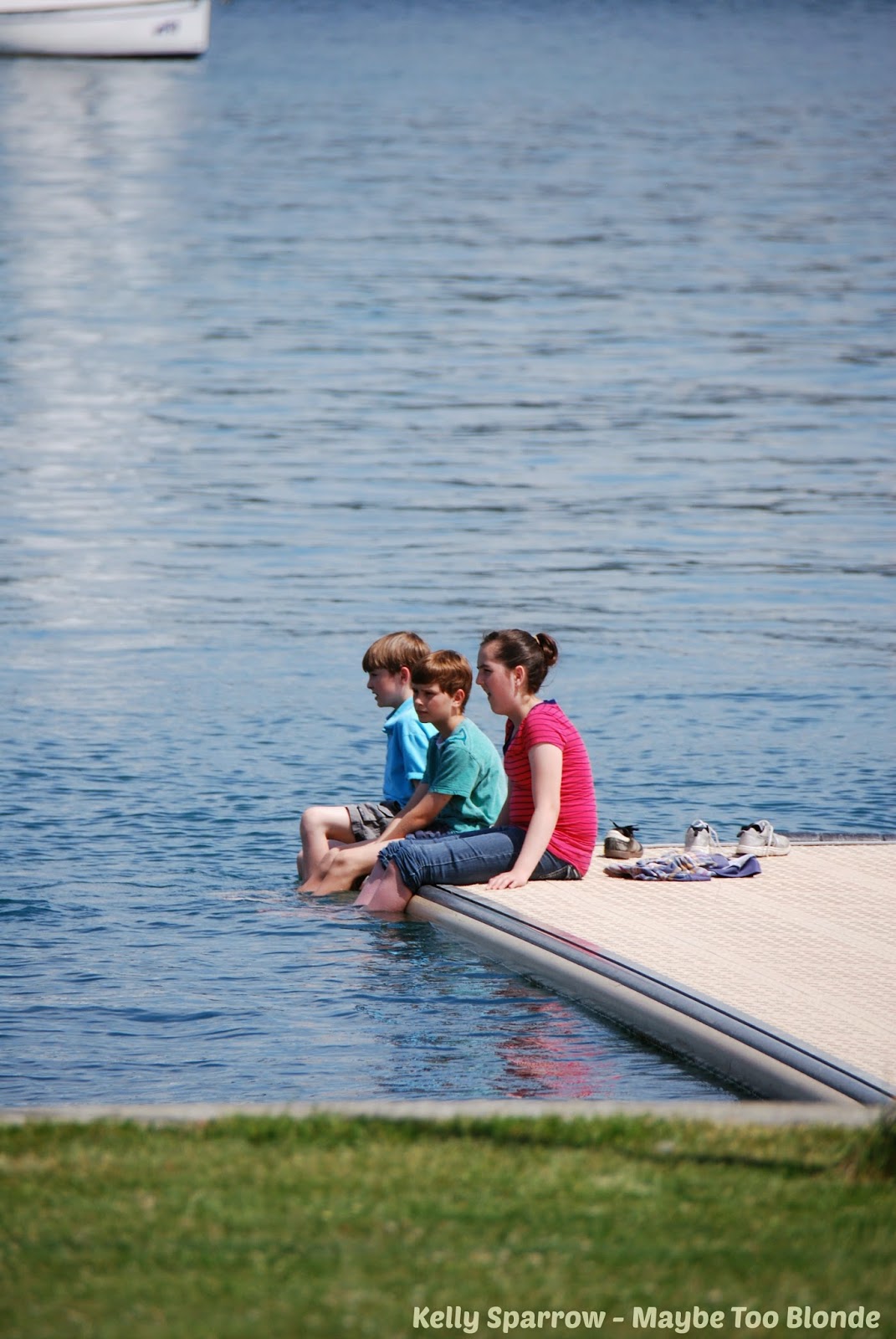 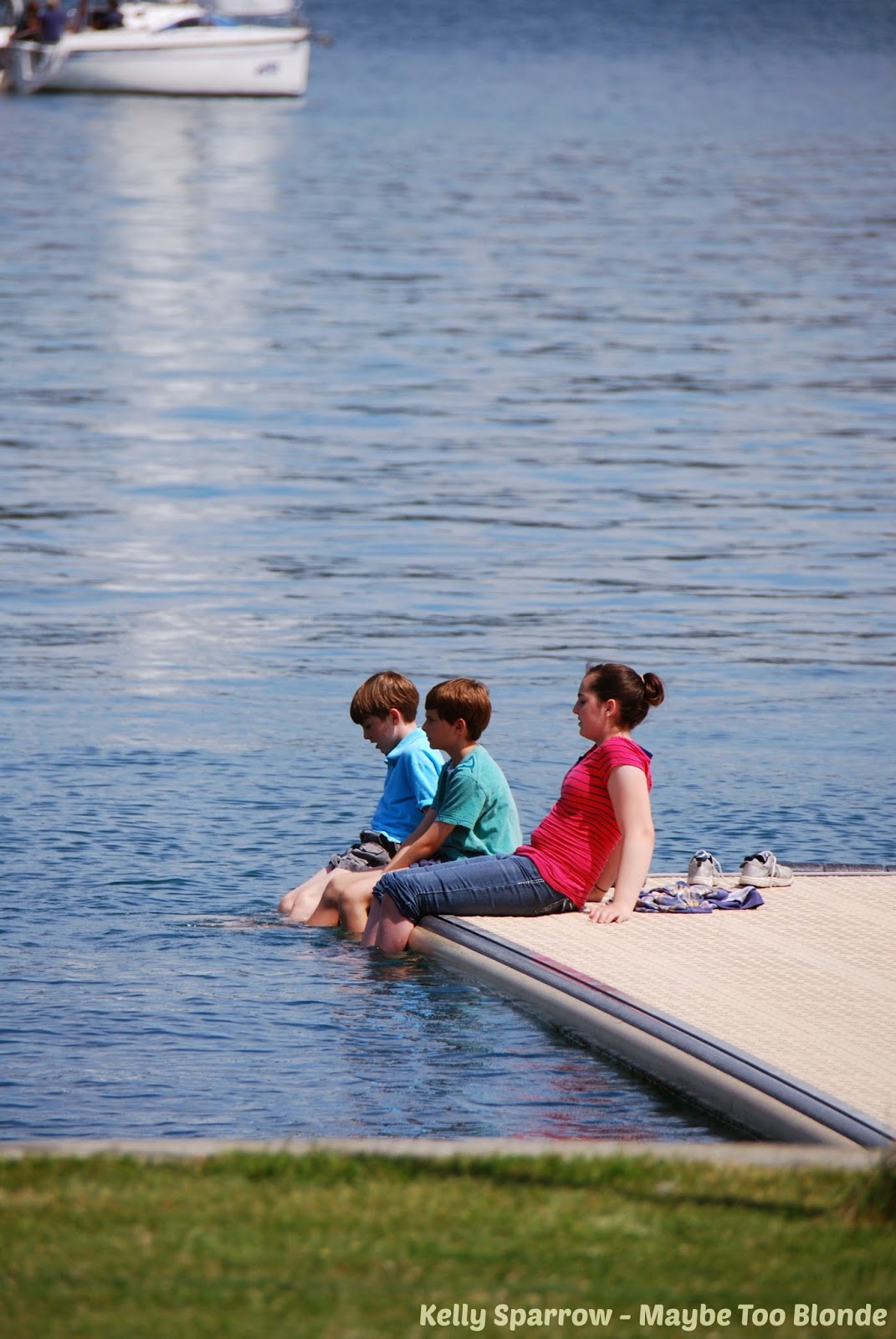 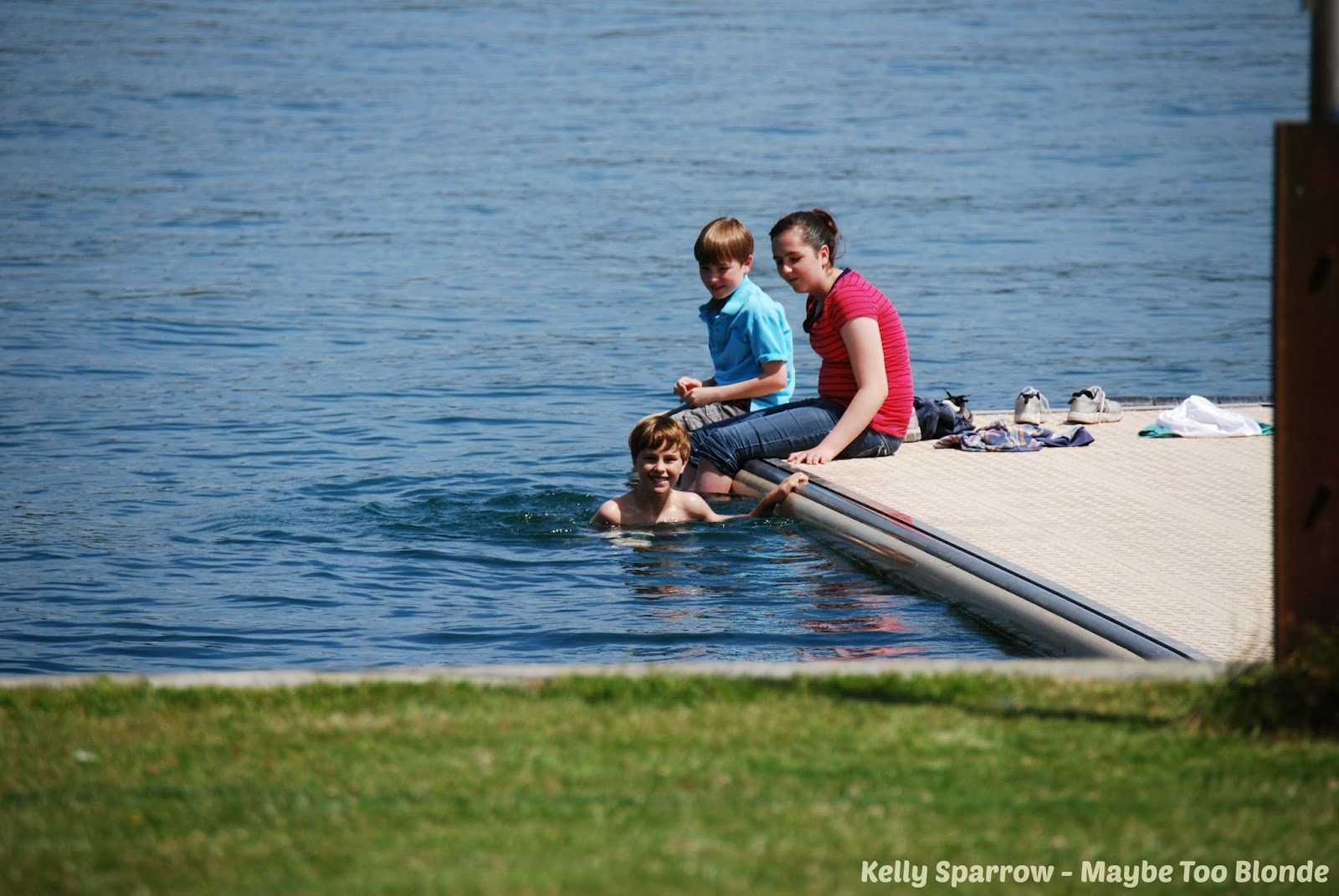 I knew it was only a matter time before someone ended up in the water. And then there were two. All I can say is you really haven't been to Switzerland until you've swam in the lake in your underwear. Or less.

Leave a comment.
I LOVE comments!
Or email me. I'm nice.
maybetooblonde@gmail.com 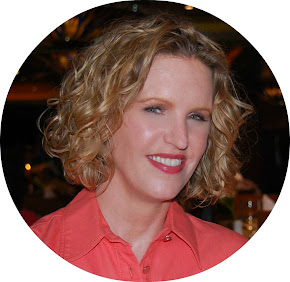 My name is Kelly and I'm an American living in Germany with my husband and four kids. We are complete travel addicts and we've made it a goal to see every country in Europe while we are here. Follow along as I explore the continent while trying to assimilate into a German life.

What You May Have Missed

Where We've Been In Europe

Comments, questions, I welcome them all. Complaints can be mailed to my house, care of my dog, Minkie. I'm sure she will get right back to you. 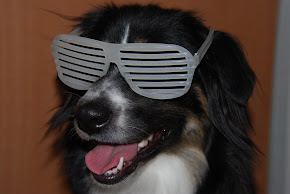